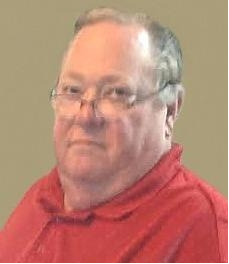 
Ross Francis passed away at home on Sept. 12, 2016, surrounded by loved ones, his faith and spirit enduring despite years of declining health. He was 68.

The son of Scott and Mary Liz Francis, Ross grew up in Charlotte. He graduated from East Mecklenburg High School and attended Wingate University before taking over the family tool and dye business, Southern Machine Products. He retired in 1992 and spent the years since enjoying all manner of pursuits. Ross and his wife, Guynn, cherished their four children. They were active at Myers Park United Methodist Church, and especially appreciated the fellowship they found in the Builders Sunday School class. Ross loved fishing in charity tournaments to raise money to fight cystic fibrosis. He played golf until his aching back wouldn't let him. Among his simple pleasures was going out for breakfast with Guynn or a buddy or even by himself. That was Ross, a happy-go-lucky guy who enjoyed all that life had to offer.

Ross is survived by Guynn, his wife of 46 years; three children - James Scott Francis of Charlotte, Virginia Francis Moore of Hubert (N.C.) and Jazmin Renee Francis, who lived with them at home; one granddaughter, Rachel Lynn Henderson, of Hubert; one great-grandson, J'Markius Mills Jr., of Hubert; and numerous nieces and nephews.

He was preceded in death by his parents, who were beloved for their charitable giving; his sister, Maxine Francis Forrest; and their son, Chase Sebastian Francis, who died in a swimming accident last May at age 20.

A service to celebrate his life will be at 3 p.m. Thursday, Sept. 15, at Myers Park United Methodist Church, 1501 Queens Road. Dr. Melanie Dobson will lead the service. Visitation follows in the church's Jubilee Hall. A gift in his honor can be made to the Builders Class Legacy Fund at Myers Park United Methodist, 1501 Queens Road, Charlotte, NC 28207. Make the check out to the church with Builders Class Legacy Fund in the memo line. A gift can also be made to the Cystic Fibrosis Foundation, 6931 Arlington Road, Bethesda, Md. 20814.

Harry & Bryant Funeral Home in Charlotte is taking care of the family. Online condolences may be shared at www.HarryandBryantFuneralHome.com.

The Francis family is grateful for the love shown by friends and neighbors, and by the care Ross received from Hospice & Palliative Care Charlotte Region and Compassionate Care of Charlotte.

The morning he died, Ross sat at the kitchen table with Guynn, talking about this and that, refusing to succumb to the fact that they knew it wouldn't be long. He joked that their long-time housekeeper Melva Nelson, who was like family to them, needed to get back from vacation. He told Guynn to add LOL to the e-mail headed Melva's way. Thirty minutes after that lighthearted moment, Ross was gone.